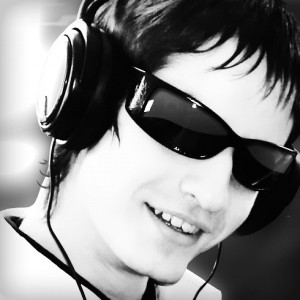 I wrote just another library for creation of graphic menu for Arduino (ain't there plenty of them already?). It's good enough for me, so might as well be useful to somebody else=)

Supports buttons that can invoke user-defined actions and create action-specific context, which can have its own enter (setup) and exit callbacks as well as loop function.

The library is provided with all necessary documentation and annotated examples, as well as Wiki section on GitHub that features additional guides for the supplied examples and How To's.

If you want to equip your project with graphic LCD display and let user choose different options and settings to configure its operation. Whether it is control panel of smart home or simple configurable LED strip, GEM will provide all necessary controls for editing variables and navigating through submenus, as well as running user-defined functions.

Menu created with GEM library comprises of three base elements:

Let's dive in one of the examples, Example 03: Party Hard!, that comes with the library (feel free to check it out as well as others that come with GEM library).

Library format is compatible with Arduino IDE 1.5.x+. There are two ways to install the library:

Whichever option you choose you may need to reload IDE afterwards.

Each of AltSerialGraphicLCD,U8g2 and Adafruit GFX libraries are required to be installed by default as well. However, it is possible to exclude support for not used ones. See Configuration section of Readme for details.

Test bench for U8g2 version of library consists of 128x64 Graphic LCD screen (with addition of one potentiometer to control contrast of the screen) and 6 push-buttons (momentary switches) used to navigate through the menu: four directional controls, one Cancel, and one Ok.

Each switch is connected to the input pin 2 to 7 of Arduino using pullup resistor (so the LOW means that the button is pressed). You may wish to implement additional debounce filtering to minify chances of false readings at the moment of button press.

Connect one terminal of each momentary switch both to its corresponding Arduino input pin (2, 3, 4, 5, 6, 7) and to 5V through 10kOhm pullup resistor. Connect the opposite terminal to ground.

Connect LCD screen to an Arduino board as shown below (with one terminal of 10kOhm potentiometer connected to Vo pin of LCD screen and the other two to Vee and ground).

This test bench is compatible with the U8g2 examples supplied with the GEM library (if not stated otherwise). After compiling and uploading sketch to Arduino, wait while LCD screen boots and menu is being initialized and drawn to the screen. You now may use push-buttons to navigate and interact with the menu. See the following description of the Party Hard! example for details.

This example demonstrates creation of one page menu with one editable menu item associated with int variable, one with boolean variable, one option select, and a button, pressing of which will result in launch of animation sequence drawn to the screen. Delay between frames is determined by value of int variable, setting of which to 0 will enable manual control of the frames through navigation push-buttons.

Callback function is attached to option select to control the other variables based on selected option (thus creating sort of preset selector).

Another callback function is attached to menu item linked to int variable, making sure that variable is within allowable range.

In this example it is shown how to:

Annotated sketch (as well as additional file containing animation sprites) is supplied with the library and also is attached here.

After compiling and uploading sketch to Arduino, wait while LCD screen boots and menu is being initialized and drawn to the screen. Then start pressing the push-buttons and navigate through the menu. Pressing "Ok" button (attached to pin 7) will trigger edit mode of the "Tempo" preset selector, or the "Interval" variable, or change state of "Strobe" option, or invoke action associated with "Let's Rock!" menu button.

Setting "Interval" variable to the negative value (in "Custom" mode of the "Tempo" select) will result in it set to the value of 0 automatically.

Pressing "Let's Rock!" button will launch animation loop, consisting of 5 sprites consequently drawn to the screen with delay determined by the value of "Interval" variable (in ms). Setting "Interval" to 0 (or selecting "Manual" option from "Tempo" select) will enable manual navigation through animation frames by using "Left" and "Right" push-buttons (attached to pins 3 and 4 respectively).

Enabling "Strobe" mode will result in 2nd and 4th frames of the animation being drawn in inversed mode.

Feel free to check out GEM GitHub and Wiki for documentation and more examples. Hope you'll find this library useful! 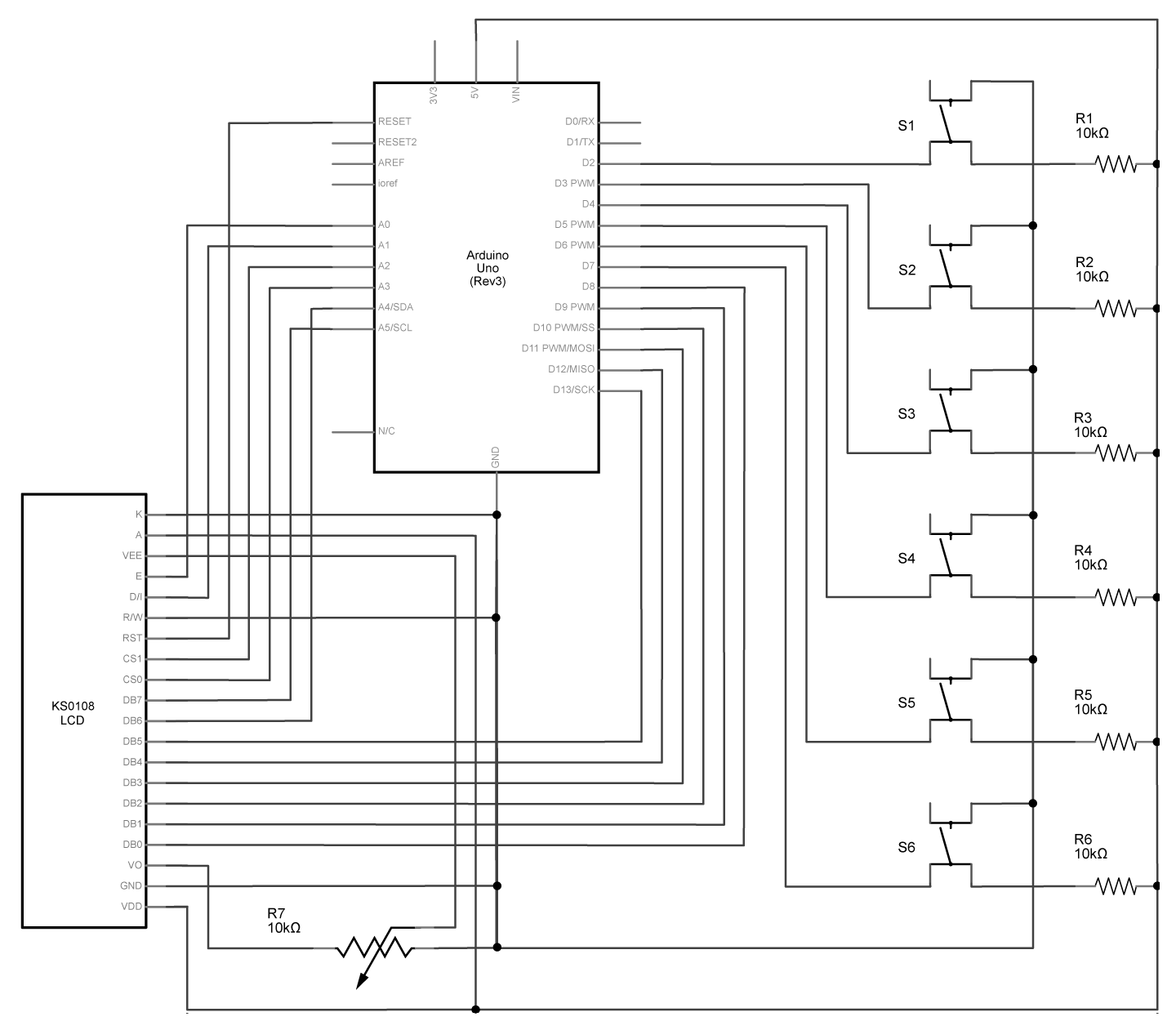 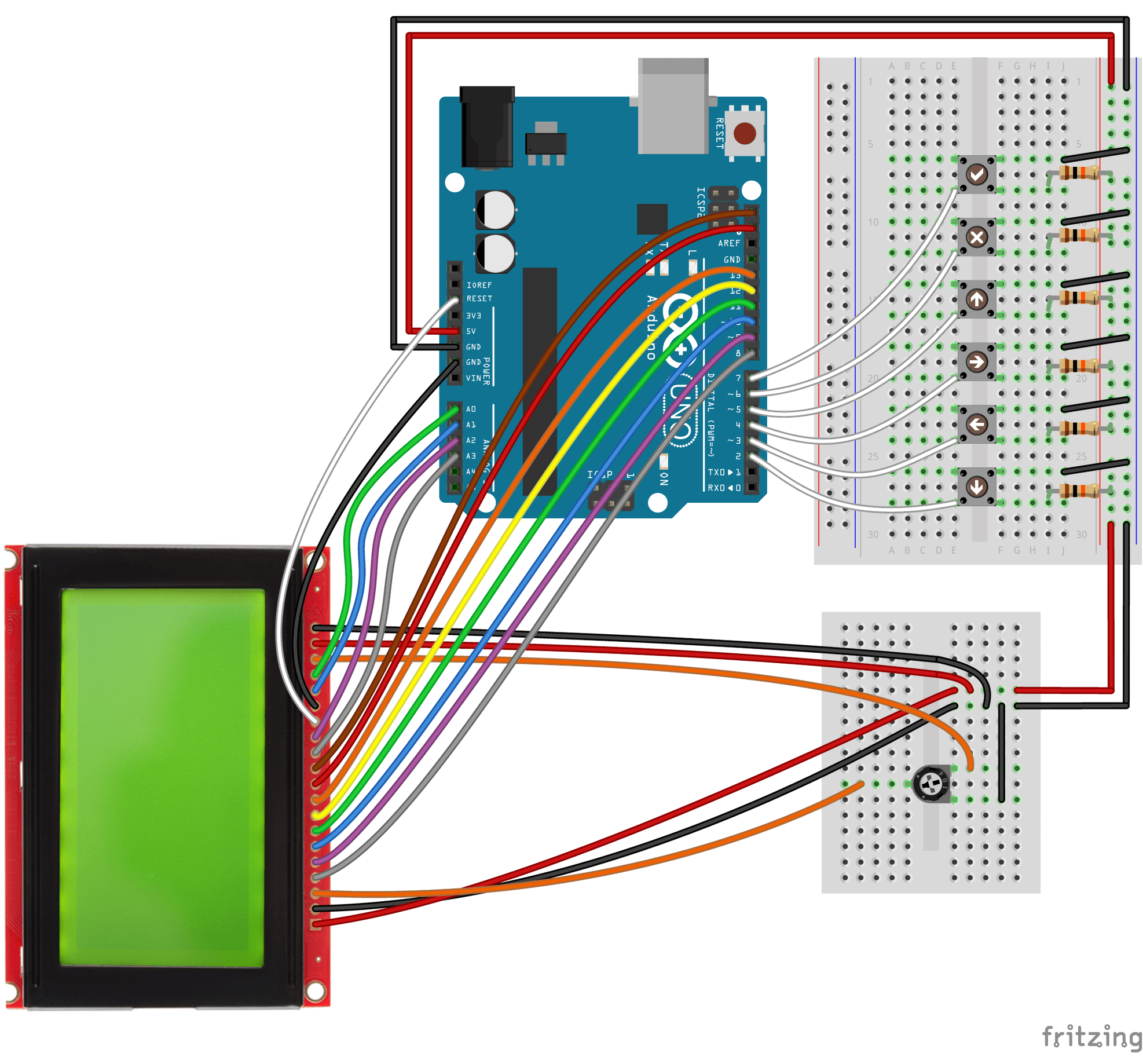