How can you make LoRa Nodes communicate with Arduino IOT Cloud? Check out my project :-)

How can you make LoRa Nodes communicate with Arduino IOT Cloud? Check out my project :-) 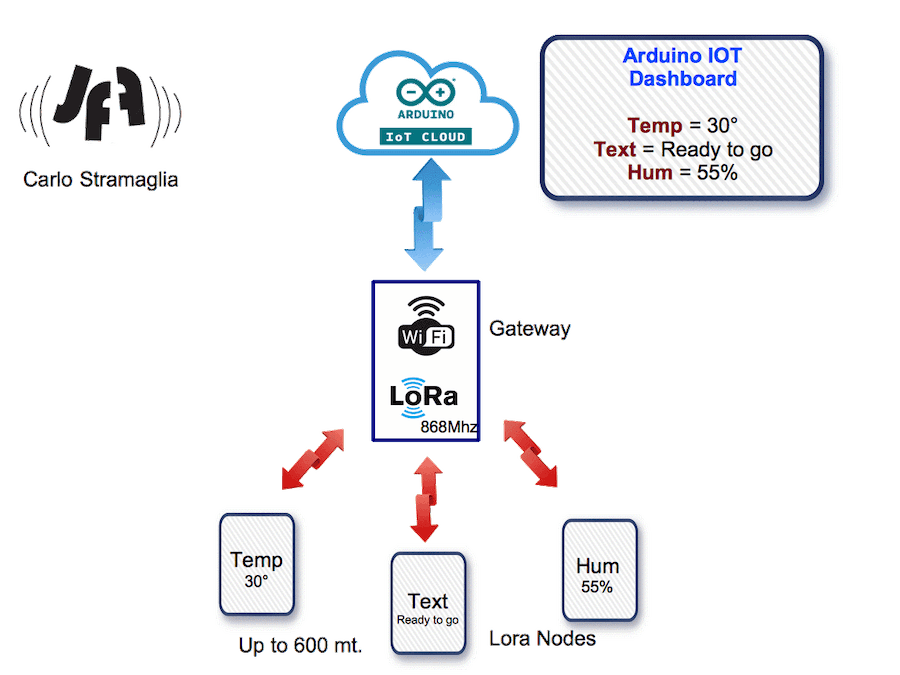 This project has been done because I had the need to communicate data and text from areas where the WiFi was not present.

Therefore I setup a gateway that had the possibility to connect to WiFi and to have a LoRa antenna so that can reach also LoRa nodes up to a distance of 600 mt. The convenience of this is that I can place LoRa nodes in areas where the WiFi is not reachable but still have bidirectional data communication between the LoRa nodes and the Arduino IOT Cloud.

The diagram picture explains the way I have integrated the pieces.

The Arduino IOT Cloud communicated with the gateway using the WiFi connection. For this component I've used the ES32 development board but any Arduino IOT compatible board should work.

On the ESP32 Gateway, I've connected a RFM95W module with an antenna so that the ESP32 could then interface with the nodes. The library used for the LoRa side of the gateway is the LoRa Sandeep Mistry library.

The software of the gateway is coded so that any messages to the nodes are sent to ALL nodes. It can be adjusted to address only one specific node if required. To do so you need to change the "destination" from the value "FF" (all nodes) to the address of the node you want to address. For example "BA".

The nodes that I have used are mobile ESP LoRa nodes with Display, Push button and Buzzer. The buzzer is used to advice when a new message arrives. The hardware diagram is the following.

The node is programmed to send predefined messages to all the nodes including the Arduino IOT Cloud. If you want to address only the IOT Cloud then you need to change the "destination" variable from "FF" to "01".

The Arduino Pro Mini node has the function to collect Humidity, Temperature and Air Quality.

The schematics is the following:

The components used for the air monitoring are DHT22 and MQ135. LoRa s based on the usual RFM95W.

The dashboard used for the messaging is very simple but can be modified to make it more complete.

This dashboard is very cool on the mobile because t looks like a messaging app.

The system allows to send and receive messages on both LoRa node(s) and Arduino IOT Cloud.

The dashboard used for the air quality is very simple but can be modified to make it more complete. 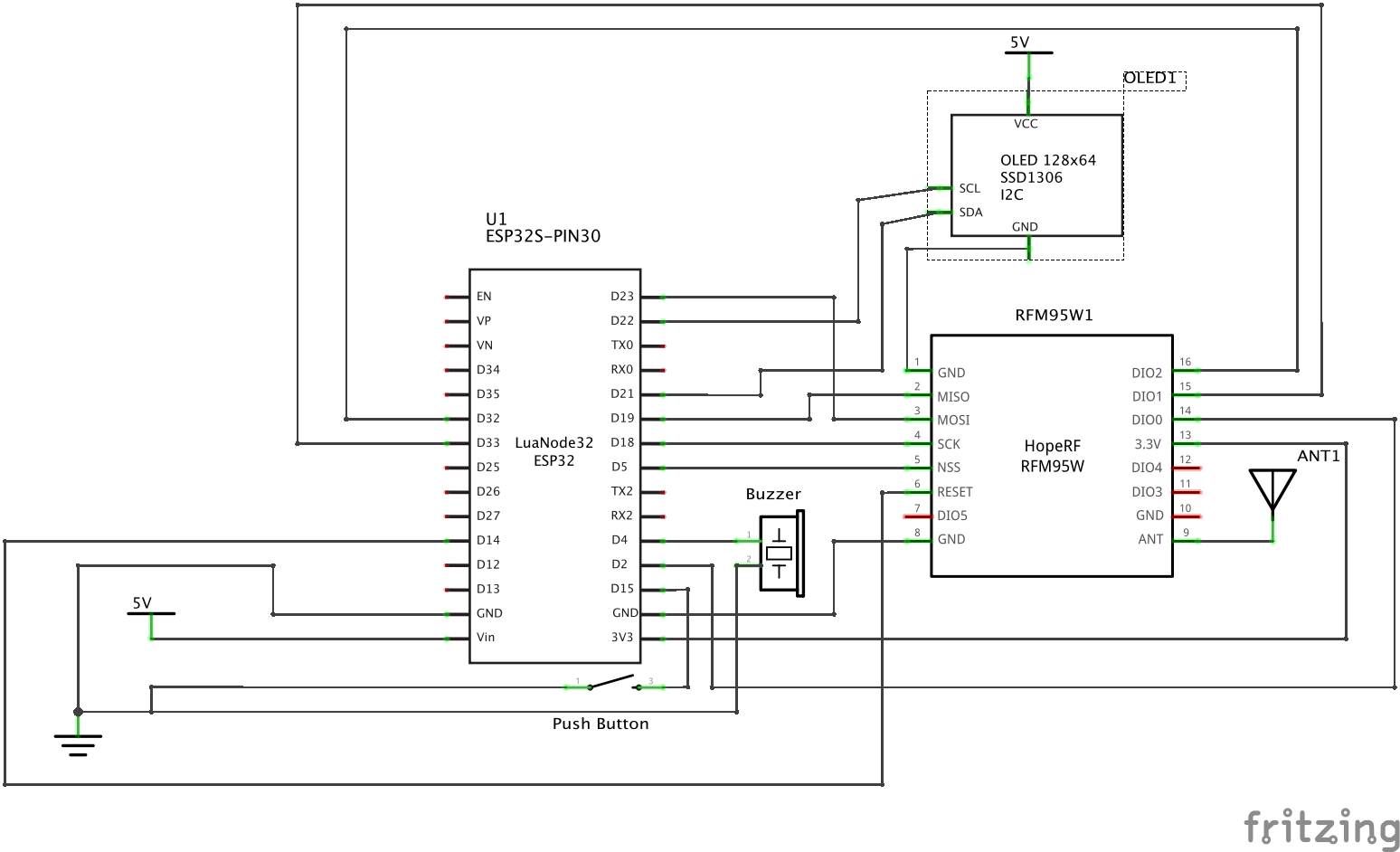 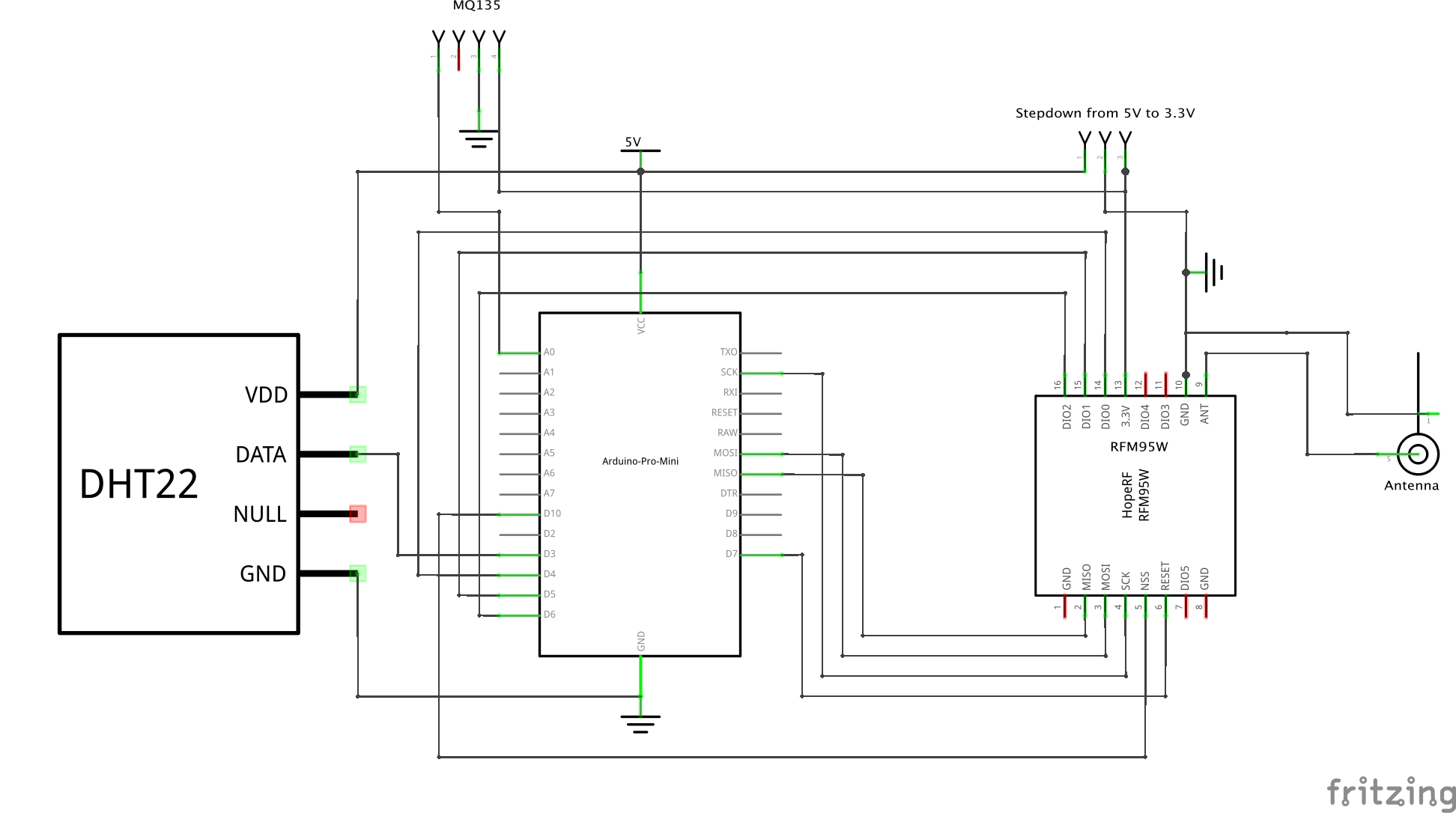