“I’ve written my code for Arduino UNO board. Is it possible to upload my sketch to an AVR microcontroller except ATmega328? I think it’s the most common question of Arduino lovers. This may have different reasons such as:

In this part, we add ATmega8 support to Arduino IDE. Then we set up the breadboard and connect ATmega8 to Arduino UNO board.

There are different types of cores available on MCUDude’s GitHub repository. MiniCore is used for ATmega8 microcontroller. Supported microcontrollers in this core are:

Follow steps below to install MiniCore in your Arduino IDE.

The above steps are shown graphically here:

ATmega8 pinout is shown in the following figure.

If the operation was successful, it says “Done burning bootloader”. Congratulations! You have done it.

Step Four: Setting up the Connections

Connect components as shown below.

Press and hold the reset pushbutton. Now click on upload in IDE. Hold the pushbutton until it says “Uploading…”on the IDE status bar. Release the button after uploading process begins. It’s because microcontroller should be in the RESET state when the uploading process starts.

Note: If the process was unsuccessful, place a 100nF capacitor at Vcc and GND of microcontroller as close as possible.

Note: Some USB to TTL convertor modules have a pin named DTR. If yours has this pin too, you can connect it to the RESET pin of ATmega8 and there’s no need to use the pushbutton to manually reset the microcontroller. 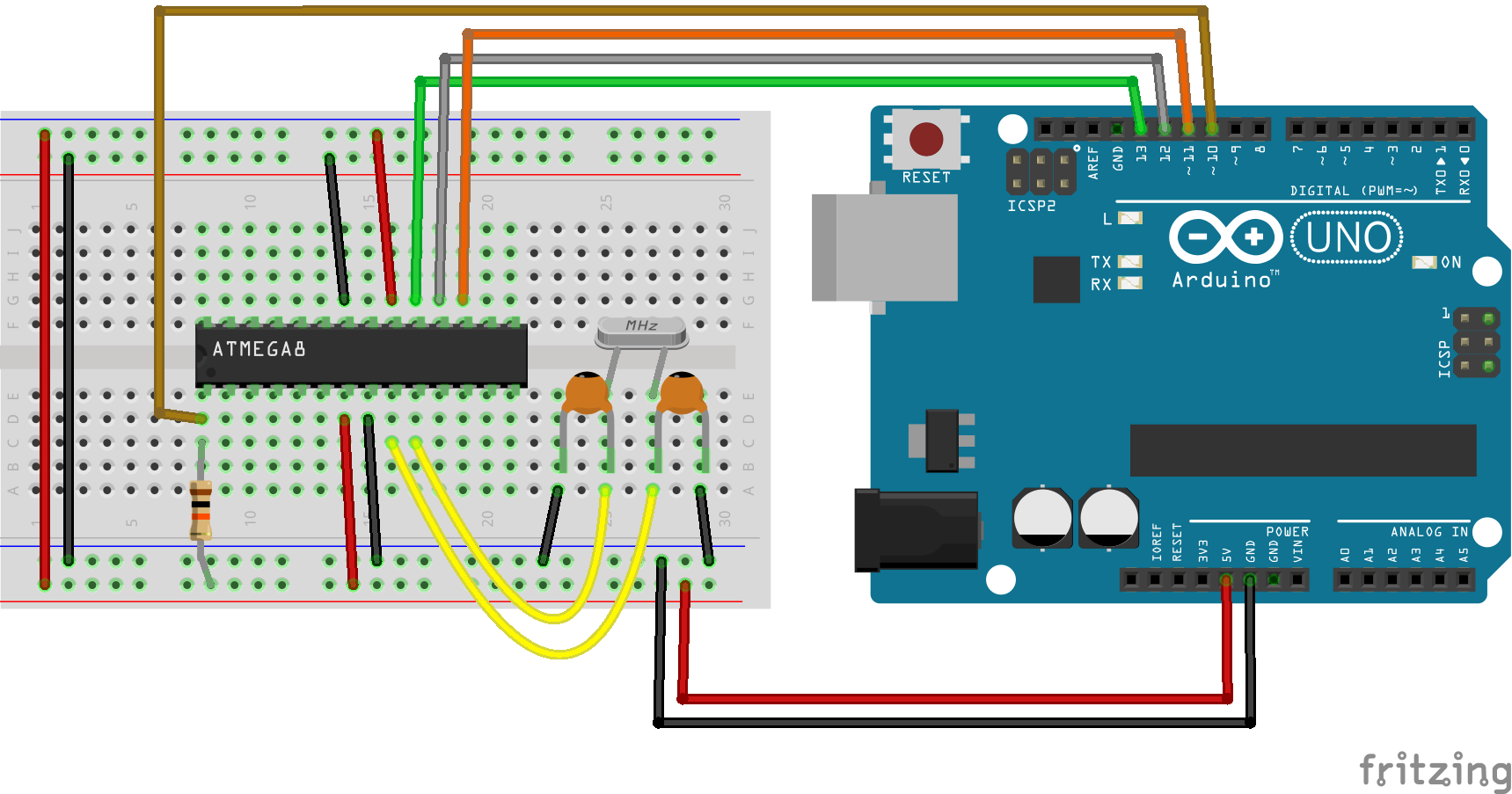 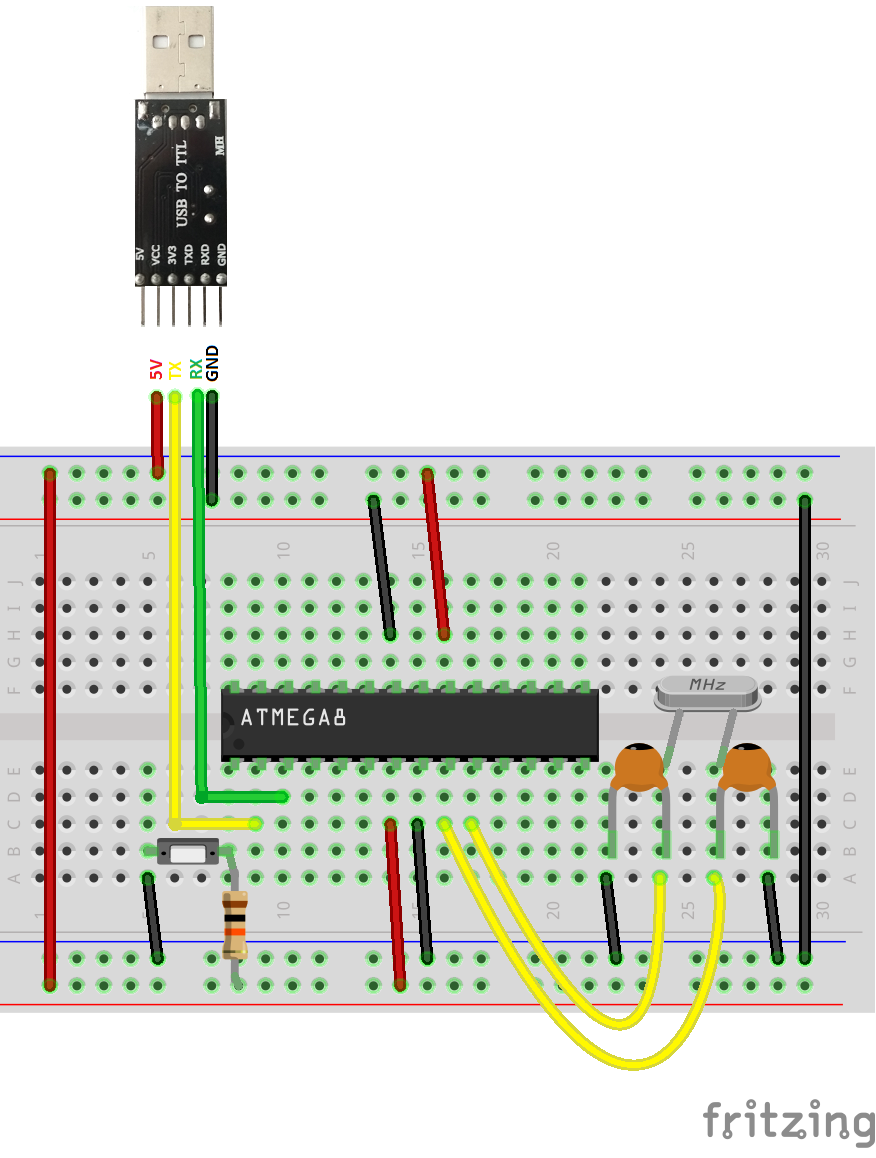