An Arduino Uno project that utilizes a laser to detect when the laser beam has been interrupted.

An Arduino Uno project that utilizes a laser to detect when the laser beam has been interrupted. 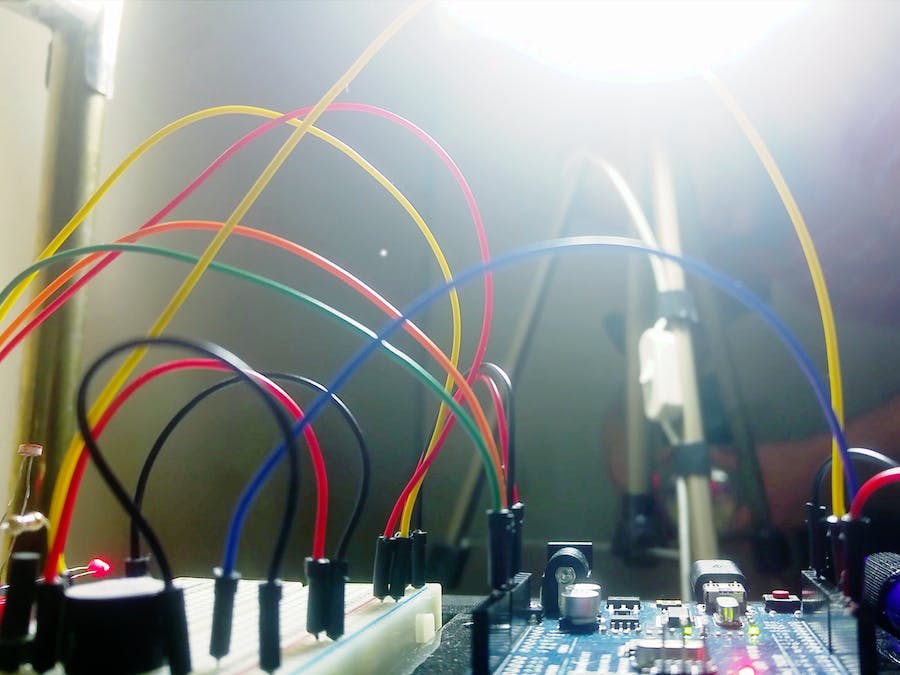 We will need the following:

I've also used a separate breadboard for the laser detection circuit. (This helped heaps to position the laser on the photo resistor.)

I'm going to start with the Laser detection section of the circuit.

Let's Do the Buzzer Next

Next up, we are going to make the button section

Lastly let's connect the laser to pin 2 and ground. I've used the pins on the Arduino for both of these. I've used a cheap laser that I've "hacked" by connecting crocodile clips to the spring and the casing with some Velcro holding the button down.

I've written a program to run the Laser Trip Wire.

It continually checks to see whether the button is pressed. If it is pressed we enter the setup mode, if pressed again we enter armed mode.

If we are in setup mode it does the following:

In the armed mode it does the following:

In trip mode the tripwire has been "tripped": 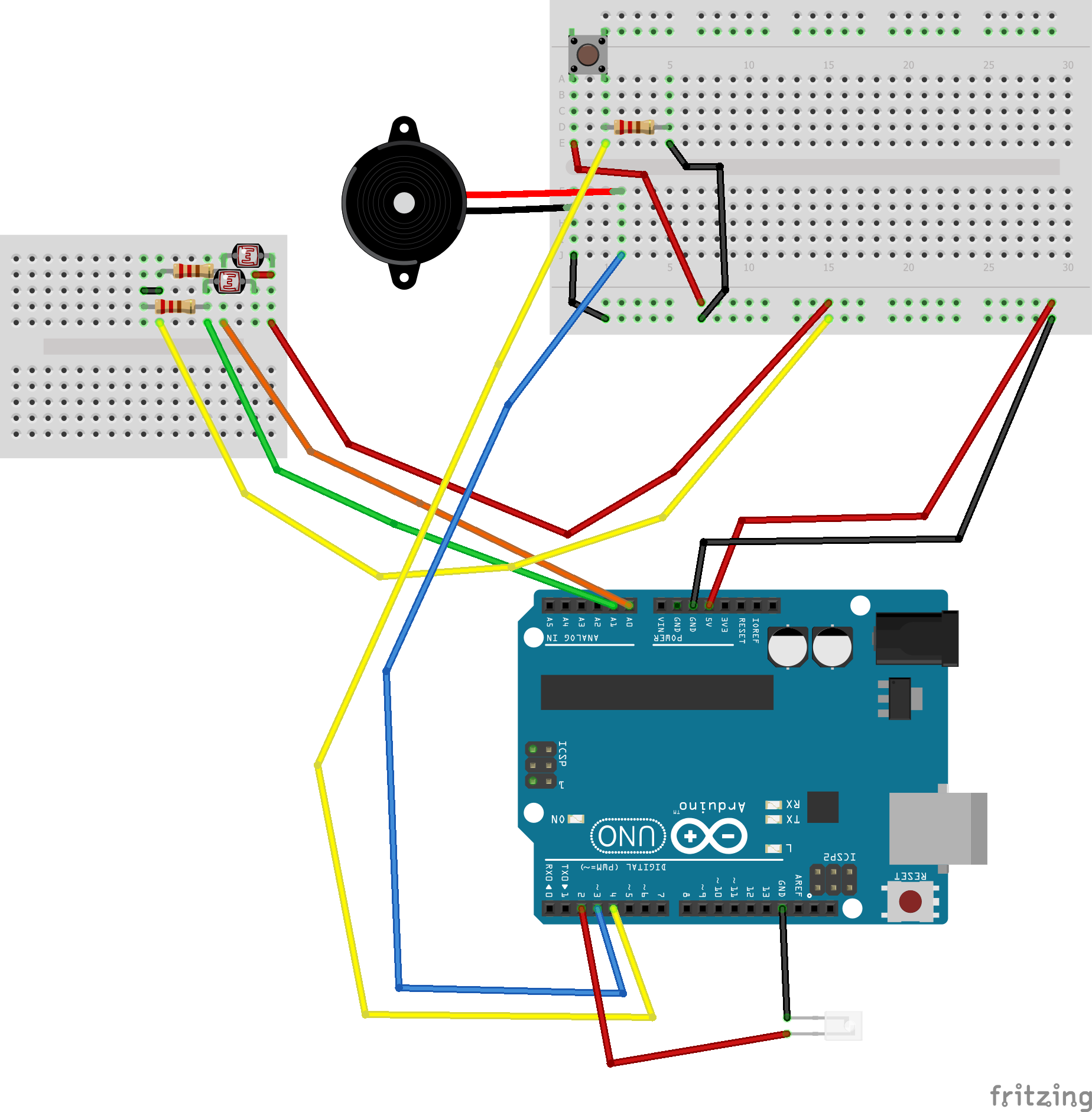 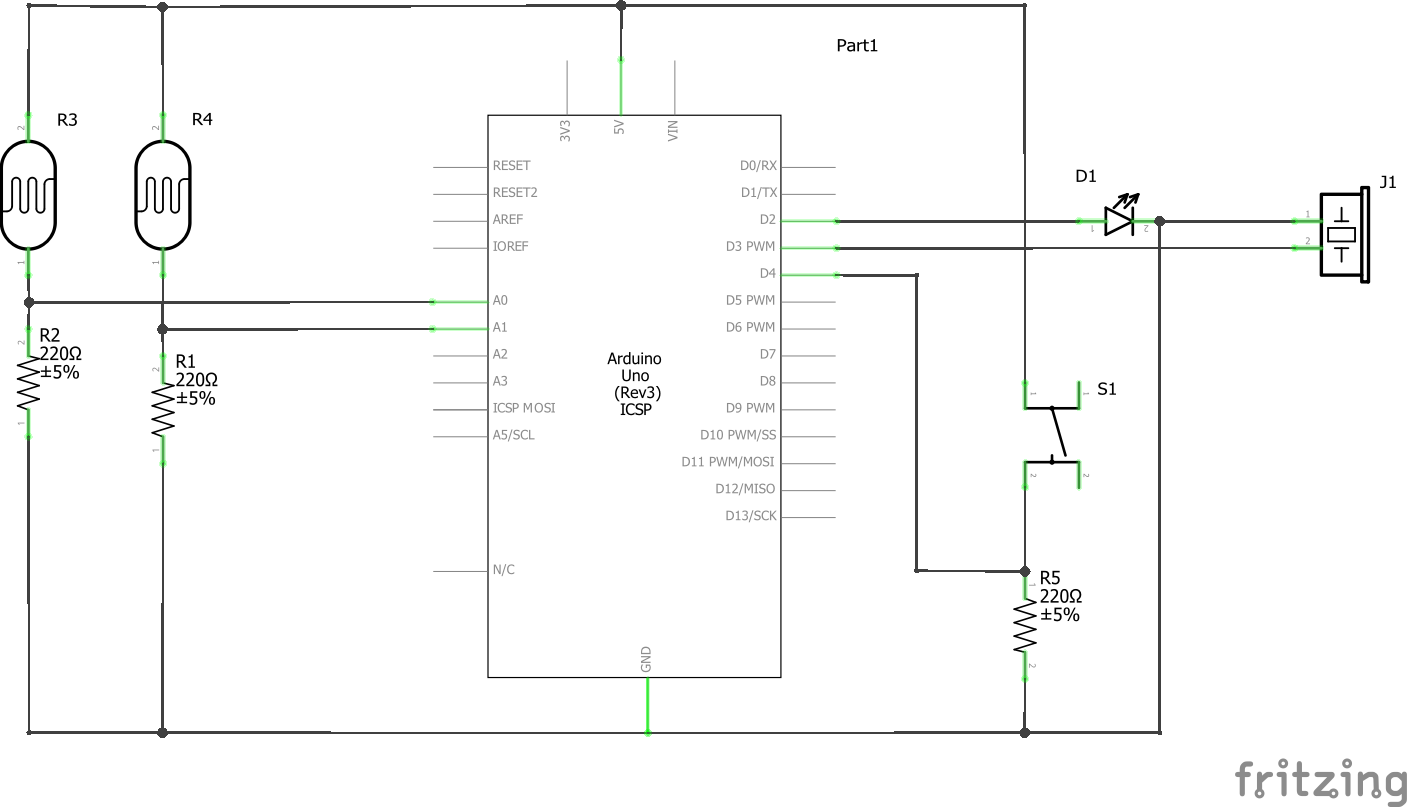 6 projects • 67 followers
I like stuff, from building rockets to elctronics.
ContactContact