Build a function generator with an Arduino Nano and a AD9833 Programmable Waveform Generator module.

Build a function generator with an Arduino Nano and a AD9833 Programmable Waveform Generator module. 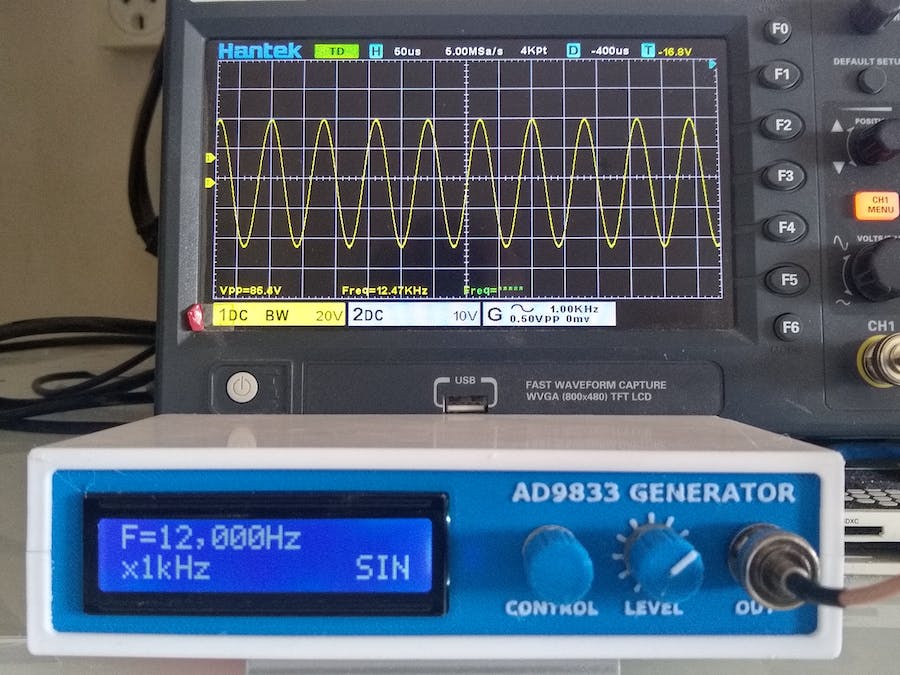 The purpose of the project was to test the Analog Devices AD9833 Programmable Waveform Generator chip. On eBay, Ali-Express and other similar sites you can purchase a AD9833 module for around $5 including shipping.

It is a very impressive module and with that endorsement, the original project was extended to become a useful tool for the work bench.

Drill out the four PCB supports on "Box - Top V2.stl" with a 2.5mm drill and create a thread with a 3mm tap.

The lugs that hold the shells together are a bit fragile. I glued on washers before I drilled the holes with a 2.5mm drill and created a thread with a 3mm tap. Drill out the holes that the screws go through with a 3mm drill.

Super glue washers onto the lugs before drilling out with a 2.5mm drill and tapping with a 3mm tap

The Case & PCB is designed to fit to the top of the case and to eliminate the wiring to the LCD 1602 display. The Eagle files have been included should you wish to have the board commercially made or you can do as I did and make it yourself. I used the Toner method.

Add the links if your board is single-sided.

Add the 10K trim-port that adjust the LCD contrast.

Add the TL071 op-amp to the board. The 8-pin IC socket is optional.

Add the Arduino Nano to the board.

Add the headers for the Rotary Encoder, Level Potentiometer, BNC output socket and power supply. Only the power supply connector really needs to be polarized.

Add the 7 pin low right-angle male header on the AD9833 module and solder to the component side of the board.

To keep the unit as small as possible, the OFFSET potentiometer was removed and the corresponding connector on the PCB was replaced with a trim-pot. It is set so the waveform has equal amplitude either side of ground.

Offset connector replaced with a 10K trim-pot from Sparkfun Electronics

The LCD 1602 display is connected to the PCB via a 16-pin right-angle high male pin header.

Sit the PCB on the pins but don't solder them in yet.

Add the front panel so that the LCD 1602 display sits in the hole provided. Make sure the front panel is seated correctly and mark where you need to solder the pins on the PCB.

Unscrew the PCB and solder the display board to the main PCB.

Finally add the rotary encoder, level potentiometer and BNC connector to the front panel. Solder on the connection wires that go to the PCB.

Screw on two 9V battery holders to the pillars provided. You can either use small self taping screws or drill out the holes with a 1.8mm drill and use six 4mm M2 screws.

The power switch is a standard 21mm x 15mm DPDT or DPST rocker switch. The switch needs to switch both the negative and positive sides of the -9V, 0V, +9V dual battery assembly.

Add assembly to case and wire up

The software has be rewritten from the original code used in GreatScottLab's version. The changes made are:

Overall the final appearance looks nice on the benchtop. The output from the generator is good up to around 150kHz. After that attenuation of the output starts to occur. This is probably due to the TL071 op-amp rather than the AD9833 module itself.

All-in-all, it was a fun build, it looks professional. For audio work it is more than adequate. 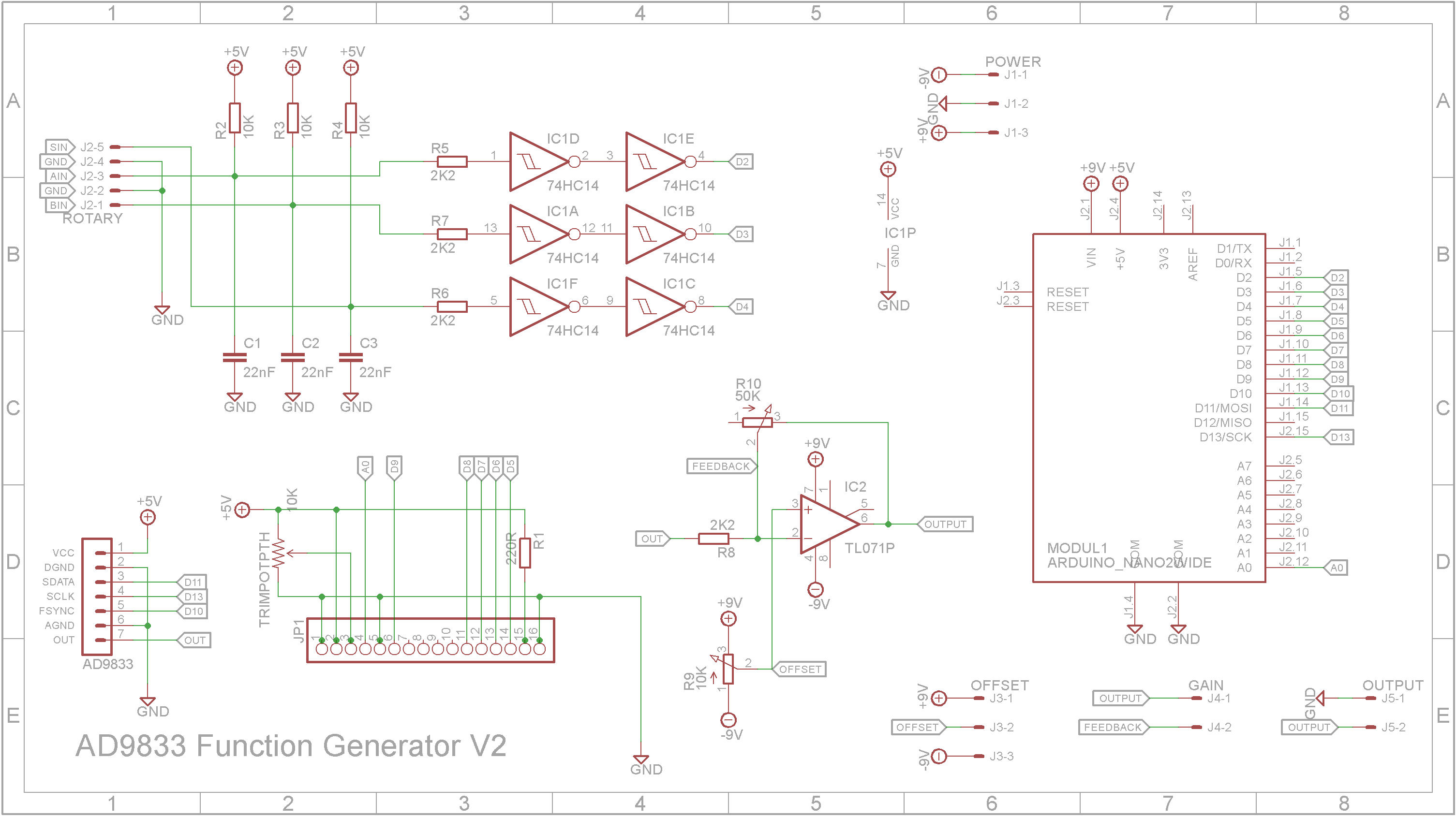 125 projects • 128 followers
ContactContact
Thanks to GreatScottLab.