A light up model of the human brain to represent neuroimaging using the Arduino.

A light up model of the human brain to represent neuroimaging using the Arduino. 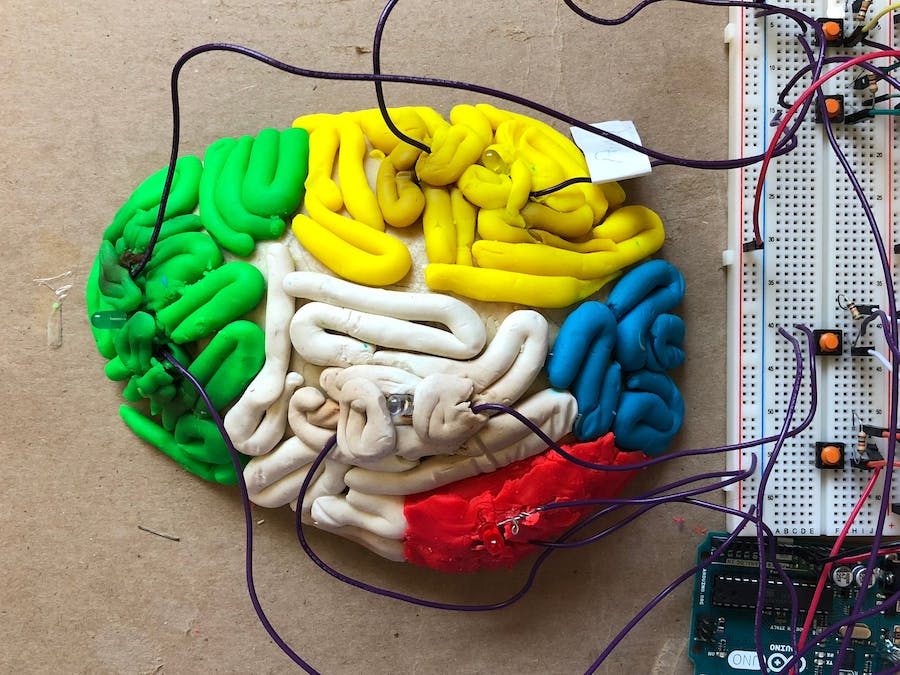 The nerve impulses sent to our brain can be represented by neuroimaging and scans. Certain parts of the brain light up when activated and are shown on the scan. However, most of these models are 2D and are difficult to understand. I took the challenge to create a 3D brain, where when certain parts of the brain are activated, then those regions will light up. Using a real skull, I used strands of playdoh to design 5 major areas of the brain which include, the frontal lobe, temporal lobe, occipital lobe, parietal lobe and the cerebellum. Each part control s different aspects of our body and are triggered in multiple ways. I placed LED lights in the playdoh, which connected to push buttons from the arduino. I then coded the lights to react to the value of the push button. My hopes were to somehow have the Arduino collect data on our nerves or movements and have those translate into certain parts of the model lighting up.

To see it in action: